Number One in French-Nordic Recruitment since 1988

Number One in French-Nordic Recruitment since 1988

Expatria Human Resources, with offices in Paris and Stockholm, specializes in recruitments for international groups. We focus on differences between business cultures in different countries and especially what is required for a local candidate to function well with the recruiting company’s values and business culture. The company was established in 1988.

We cover all business sectors, both industrial businesses and service businesses. We recruit for all kinds of managerial and key positions, such as:

…and many other key positions.

We can also assist with Interim Managers if needed.

Expatria Human Resources is conducting executive search and recruitment assignments since 1988 for international groups from its Paris and Stockholm offices. Our work method helps our clients target and attract the best people for their business.

Extensive network
During these years we have built a broad network and a huge database with business contacts and potential candidates. Our network also includes lawyers, consultants, accountants and other useful contacts that can be helpful both during a recruitment process and when establishing business in a new market.

Interactive process
In our recruitments we pay much attention to an interactive process and a close cooperation with our client. Initially, we go through with our client the candidate profiles to look for, based on our client’s job description or a description developed between us. This description will be used as a guideline during the search and will be transmitted to candidates that we contact for a confidential interview. We also discuss with our customer whether we may openly communicate the name of the company.

Broad approach
We often suggest a broad approach, based on our own database and external databases (including LinkedIn and others), our various networks, targeted executive search (headhunting) and some recruitment ads on some relevant recruitment web sites, in order to come up with a wide selection of interesting candidates. If our customer prefers us not to contact or approach some companies or persons, we wish to be informed before the beginning of our search.

Candidate selection
We will contact interesting potential candidates for an initial first interview by telephone. The most interesting candidates will be invited to a confidential face-to-face interview, where we inform them of the characteristics of the company and of the position. Throughout the recruitment process we continuously give feedback to our client. Next, we prepare a summary of the most interesting candidates corresponding to the required profile. We will send CV’s and our comments about these candidates to our client and discuss them together, in order to agree upon what candidates our client wants to meet. We adapt to our customer’s wish regarding the number of candidates to be presented.

Follow-up
We always follow up on each recruitment mission. We inform candidates that were not selected. We follow up both with our client and with the selected candidate, in order to achieve a successful recruitment for all parties.

Below some reflections regarding recruitments in our main markets:

What to consider when recruiting in France
Some oversimplified images: approximately 67 million inhabitants. Large differences in attitudes between the different regions. Centrally controlled from Paris in terms of both politics and economy. A hierarchical society, often tougher for the French themselves than for those who come from another country and can allow themselves, and be forgiven, a few shortcuts, closed to those who are trained to follow the system.
In Paris stands the Eiffel Tower, a rather good symbol to describe how many French organizations work. An ultra-French construction that maximizes the number of levels between the top and the foundation. Communication between top and bottom passes all levels. All are necessary. All add delay and filtration.

The Nordics in France
The Nordic business community in France consists of hundreds of subsidiaries, a few large but most medium or small. For an employee, there is not always the opportunity to develop and pursue a career. In addition, the subsidiaries are often part of an international group, which means extra demands on the employees to work in multicultural teams.
So the demands are greater and the career opportunities are sometimes smaller than in a French company group.
Why then should a determined French business person with ambitions invest his or her future in a Nordic subsidiary?
The answer lies, among other things, in the intellectual stimulation it entails to work across national borders. It’s cool to work in international environment, also in France.
Furthermore, the Nordic countries, their business cultures, their environmental achievements and different approach to life, attract more and more especially younger people in France.
The stereotype says that the French are nationalist “besserwissers”. On the contrary, many of them are usually open to impressions from other countries and cultures and find interest in exchanges. In some cases, potential candidates may also have a personal connection or experience that has created a deeper interest in Nordic cultures.

English language in France
The stereotype also says that French people do not speak English, which has long been true. However, there has been a development in recent years and although the English of the French is not yet at the level of Nordic people, many well-educated and ambitious French speak a useful English. More and more international groups, including French groups, have English as group language. Therefore, you can request some form of English regardless of the position you are recruiting for.
However, in France, it is still impossible to operate in any other language  than French. In order to avoid a situation where all communication with the subsidiary is carried out by a few key people, one should open as many channels as possible for direct communication into the subsidiary and between sister companies in different countries. Thus, language skills become a prerequisite for being able to flatten the organization.

Responsibility
A flatter organization gives greater responsibility to more people. But does everyone want it that way? In more hierarchical France, managers often make their own decisions and thus relieve their subordinates of all responsibility. So one should consider what expectations and attitudes are available to all persons concerned, before a new employee is taken on board. If you are striving for a flatter organization, you must first have managers who dare to delegate and release the communication control and secondly have subordinates  who are actually prepared to take on more responsibility.

Headhunting in France
Regarding the recruitment methods, you have the same tools to work with as elsewhere. Headhunting is the most common method for senior and specialist positions in the private business world. At the same time, there is of course also a large advertising recruitment business. You can often find someone or a couple of good candidates this way, but you rarely get a perfect selection. All forms of advertising and selection processes limit the selection to those who are actively seeking work. Therefore, headhunting is a valuable alternative.
Contacting a key person in a French company can often be complicated as they often have a personal assistant whose most important task is to protect the manager from contacts from unknowns. Providing direct numbers, mobile numbers or email addresses is often inconceivable. In addition, France does not have a comprehensive register where you can easily find people’s private contact information. More and more people certainly have their profiles available in external databases such as LinkedIn; however, it is far from everyone. This phenomenon makes the search process an interesting activity that requires a somewhat greater measure of creativity than in more open cultures.
Often, the solution is a compromise in the form of advertising and headhunting in parallel, as well as an active use of our internal database and our network, and of external databases such as LinkedIn and local French databases. There is no law of nature that indicates that one or the other method is more superior. At the same time, we can say from experience, that the majority of the qualified candidates for our recruitments are headhunted.
Recruitment is more of a skilled craft than a science. Systematics, accuracy, ability to adapt the work methodology on a case-by-case basis and experience can provide very high accuracy. With a good overview you can adapt your action plan to the goal.

Some points to consider prior to the recruitment:

Salary levels in France
The salary situation in France is usually higher for the management team and most other key personnel than for the corresponding position in the Nordic parent company. One consequence of this is that many subsidiary managers are at a higher level of remuneration than the Nordic manager he / she reports to. Other members of the management team are also often at a relatively high level.
Some factors that affect the remuneration in a given position are of course the responsibilities regarding budget, the number of subordinates, the complexity of the organization, the size of the company, location and industry, the person’s language skills, educational background, number of years in business, and achieved results.
An often overlooked factor is that subsidiaries, even smaller ones, are by definition always part of an international organization. This raises the level of remuneration compared to a French company of the same size, where there is no requirement for language skills or adaptability to an international corporate culture.
We have a good overview of what can be a reasonable framework for a market-based remuneration for a given position. If you need guidance on appropriate remuneration levels, we are happy to contribute with our expertise.

What to think about when recruiting in the Nordic countries
The French and German economic presence in the Nordic countries is the result of numerous subsidiaries which work in different sectors such as consumer goods, mail order, BtoB and BtoC services as well as classical industry. When recruiting to these subsidiaries, it is important to keep certain things in mind, such as: 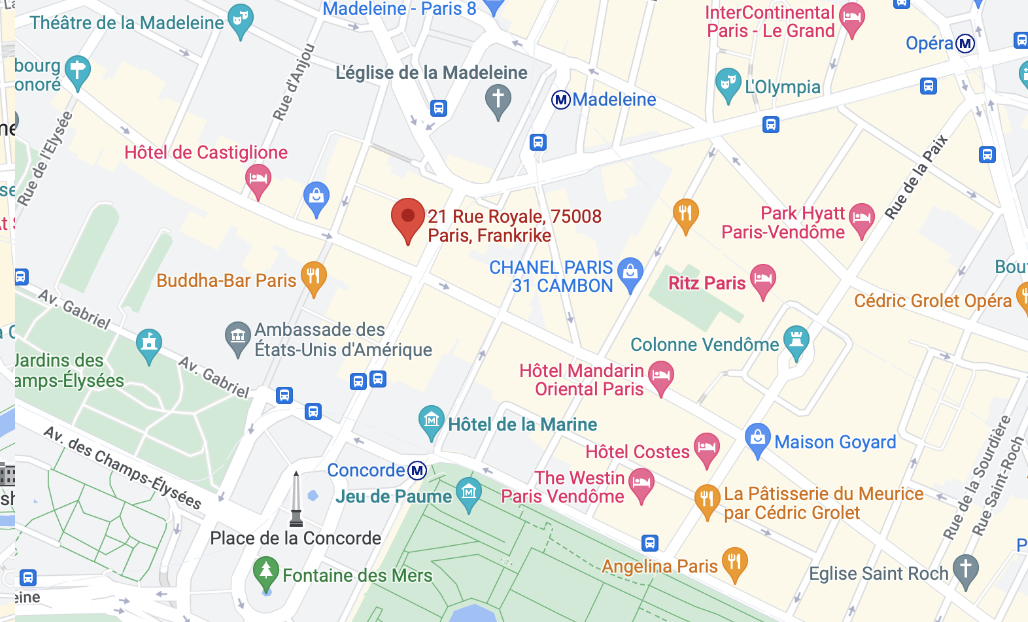 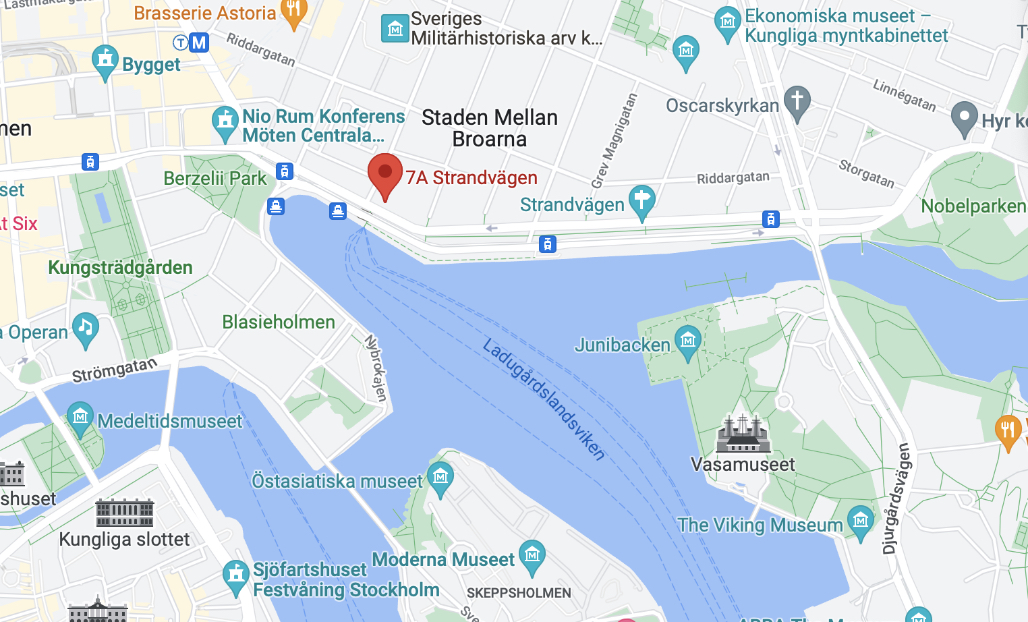